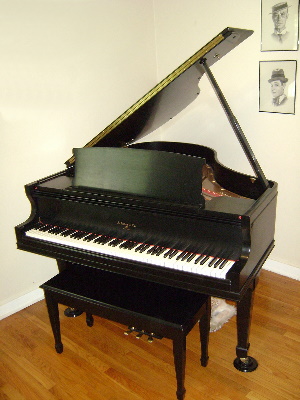 History of the Paul-Hindemith-Society in Berlin

The Paul-Hindemith-Society in Berlin (PHG) was originally founded in 1966 as „Society of the Friends of the Public University for Music and Performing Arts in Berlin“ by, amongst others, such unforgettable personalities as Maria Ivogün, Boris Blacher, Hans Chemin-Petit, Gottfried von Einem, Hans Scharoun, Hans Heinz Stuckenschmidt and Herbert von Karajan. Former chairpersons include Elisabeth Grümmer, Dr. Joachim Tiburtius, Eberhard Finke and Wolfgang Böttcher until his death in 2021. Roswitha Staege, Professor for transverse flute at the Berlin University of the Arts (UdK), holds the chair at present.

Our society was founded with the purpose to support highly talented students of music and the performing arts enrolled at UdK Berlin who need financial assistance by granting scholarships and to create a public platform for them to demonstrate their artistic abilities before audiences while gaining performance practice. The funds for the scholarships come from membership fees and donations.

In 2001, the society was renamed to Paul-Hindemith-Gesellschaft in Berlin in honor and memory of the famous musician, composer and teacher Paul Hindemith (1895-1963) who had taught at the Public University for Music Berlin.

Paul Hindemith (1895 – 1963), being hardly 30 years old and one of the most respected composers of the younger generation at that time, started his teaching activity at the Berlin Public University for Music in May 1927. The composer and viola player, who had earned the reputation "enfant terrible" because of the provocative and ironical sound of his music, established himself easily in his teaching position. He remained in Berlin during that important decade. Together with Max Bruch, Engelbert Humperdinck, Franz Schreker and Boris Blacher he belongs to the circle of well respected and internationally distinguished teachers for composition that the Berlin Public University for Music – today the Berlin University of the Arts – featured in its history.

During Hindemith's time in Berlin pedagogical ambitions gained in importance. Hindemith was dedicated to teaching but his methods were unorthodox. He participated in the experimental work of the pilot broadcast station of the university where he also taught the soundtrack course. In 1930, he succeeded in bringing the music festivals of Donaueschingen and Baden-Baden to the university under the heading “New Music Berlin“, but he also explored, played and supported early music. For the early music concerts he would use valuable, historical instruments from the collection of the university, now in the Museum of Musical Instruments. Besides his activities at the university, he was also an honorary teacher at the public music school in Neukölln.

The events of the “Case Hindemith” are engraved in the collective memory of Berlin. In 1934, one year after the Nazi takeover, the opening performance of Hindemith’s symphony 'Mathis der Maler' under conductor Furtwängler became a public demonstration against the outlawry of the avant-garde – the Nazi practice to ban modernist artists and their works. He was suspended from his position at the university in the fall of 1934, after that he had several work stays in Turkey on behalf of the German government. The confrontation between Hindemith and the Nazis ended with his emigration to Switzerland in 1938 and later to the United States. Hindemith had adopted a wait-and-see attitude toward the Nazi regime, and although he had been willing to make compromises he never allowed himself to be taken in by the Nazis.

A few weeks after the end of world war II, the Mayor of Berlin, Arthur Werner, urged Hindemith to return to Berlin offering him the directorship of the university. But Hindemith did not respond nor to subsequent advances although he visited Berlin often. Between 1949 and his death, he conducted almost 30 performances in Berlin, many in the university’s concert hall where he conducted the Berlin Philharmonic Orchestra. The university concert hall at Hardenbergstrasse, inaugurated in 1954, was called for a long time by the man on the street “Hindemith's railway station“.

This essay was contributed by Dr. Dietmar Schenk, Director of the Archives of the Berlin University of the Arts